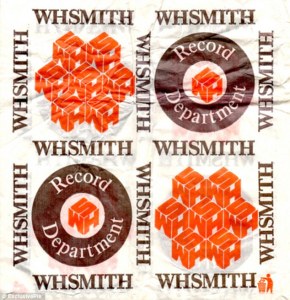 For those of us old enough to remember, shopping has changed a lot in the last thirty years. Some of the experience is still the same, but gone are the Wednesday’s of half-day closing, nearly everywhere is open on a Sunday (albeit at slightly reduced hours), and shops can stay open as late as 8pm during the week, all to satisfy our diverse lifestyles and thirst for consumer goods.

One area of retailing that has changed significantly since the mid-1980s is the experience of purchasing the humble video game. I recall, as a kid, being able to pick up a new Spectrum game almost anywhere, even my local newspaper shop could supply me the latest Joe Blade game for £2.99 or the newest shovel-wear to escape out of Codemasters. Oh yes, I didn’t need to scroll down the information super-highway, oh no, long before the mass accessibility to the internet, it was a stroll down the local high-street to get my gaming fix. WH Smith and Boots were brilliant for games in those days, and my town even had a very good independent just outside the town centre – Software City.

Software City was a goldmine. Not only did they stock all the latest releases at prices competitive with the major chains, but they also had some of the less recent titles at really good prices. I regularly walked up to their shop from Sainsbury’s car park whilst my mum did the weekly shop, and more often than not walked away with a purchase. I’ll always remember going in with my mate and seeing Ocean Software’s The Biz compilation (R-Type, Double Dragon, Operation Wolf and Batman: The Caped Crusader) on the shelf for a mere £4.99… it was supposed to retail for £14.99! Software City was a mecca to me for a good few years, right through until about 1992/’93 when more and more retailers were jumping on to the home console boom as gamers switched to Mega Drive’s and Super Nintendo’s and ditched the Amiga and Atari ST as gaming formats. Today, Software City is no more, their presence long since replaced by a hair salon. How the times have changed…

Whilst 8-Bit computer titles were an easy score twenty five years ago, console games were not. In the late 1980s video game consoles were very expensive compared to the popular Commodore, Amstrad, Atari and Sinclair home computers, and nowhere near as popular.

In the Christmas of 1988 I was very fortunate to receive a Nintendo Entertainment System Deluxe pack (the one with R.O.B the robot),  to which I was delighted, and played it constantly over the Christmas holidays much to the annoyance of my parents. However, two factors that did not particularly endear me to the system soon came to light. The first was availability. There was nowhere local that stocked NES games, the nearest place was Toys-R-Us, and that was a good forty minute drive away, assuming I could persuade my mother or father to take me there in the first place. The second issue was price. In 1988 / ’89 the average full price title for one of the 8-bit computers was £8.99, and for those who had an ST or Amiga between £14.95 and £19.95. Now, back then £10.00 for a game was a lot of money, and you didn’t want to spend that and then get home and find out it was a load of pants. NES games on the other hand were usually priced between £29.99 and £49.99 – an eye watering amount of cash for a video game back then and over £100.00 in today’s money!! Subsequently, my NES collection was very modest (at best), and I pretty much gave up on it within a few years as it was just too expensive and inconvenient to shop for.

I believe it was a copy of Mean Machines that I picked up at random one day that first altered me to the imminent arrival of the new, and powerful, 16-Bit home consoles from Sega and Nintendo. In the previews section I looked at the first screenshots I had seen of Super Mario World and Capcom’s port of Final Fight, and my jaw hit the floor at the stunning graphics. I eventually picked up a Sega Megadrive for cheap off a friend at school, but by now consoles were moving into the main stream and I didn’t have to travel to the other side of the county to buy games.

Software City stocked the latest PAL Megadrive and SNES games, and a new competitor shop, A R Computers had also opened selling console titles. The high street retailers had also jumped on the band wagon, with Dixons, Woolworths and Argos all stocking the major 16-Bit formats in the UK. I stayed loyal to Software City, other than when they didn’t have the game I wanted. I think the last title I got from them was Street Fighter 2: Special Champion Edition if I recall correctly. They closed down a short time later.

Later with the Playstation I finally got fed up with stunted PAL conversions and six-to-twelve month lead times to see the UK version of a new release, and so bought a NTSC/J Dual Shock Playstation package from Another World in Stoke-on-Trent. This heralded the last of the real games buying experiences for me.

Between 1997 and 2001 I would regularly go into Another World to see the latest import offerings, and they would generally not disappoint. It was a great shop, hidden at the back of a rundown shopping arcade in central Hanley and just a few doors away from the legendary (and by then defunct) Console Concepts store. The downstairs was tiny, and filled with comic related stuff, but go up the narrow wooden stair case and you entered import heaven!  All the latest Playstation and Saturn games from Japan, and the odd US title as well, plus some Neo-Geo and PC Engine stuff too. It was a great place, I really miss its musty smell and grubby building it sat in (now demolished). I really hate to think about how much money I spent there, but, you can’t take it with you, right? At least that’s what I tell my wife nowadays.

Do you remember Tottenham Court Road Computer Exchange? Today they’re better known as CEX, but in the late 90s they had some brilliant shops in London, stocking all the latest import games for all the formats you could think of. I remember going into their, sadly, short lived retro shop and seeing the display of Neo-Geo AES games – I had never seen so many in one place before, and the price tags were wallet busting back then too (comparatively to today).

As we moved into the Playstation 2 and Gamecube eras, the international release dates for major titles began to standardise, and letterbox PAL games were replaced with proper full screen releases, and the import market started to rapidly contract. Who wanted to play the latest Resident Evil game in Japanese when you could go to Game and pick it up cheaper and in English?

As the sun has set over the Twentieth Century and the New Millennium marches on, the internet dominates the way we buy our games today. While some of the great names of ’80s gaming like Boots and WH Smith still permeate the Great British High Street, they have both abandoned video games retailing; Game has had some very serious issues and downsized considerably; and the independents have all but disappeared. CEX has changed beyond all recognition, almost becoming like a personal electronics (only) version of Cash Convertors peppered with a smattering of Xbox 360 & PS3 titles.

While video game nostalgia may only be a quick eBay click away, it could never replace cherished memories of going into WH Smith and picking up my copy of Elite’s Paperboy, the buying experience today is just so soulless.