In the UK, new AES releases would run anywhere between £200 – £300, and in the early 1990’s that was a huge amount of money to pay for any videogame. The story was the same in the USA and Japan where the AES had the bulk of its modest sales success. The cost was due in part to the use of ROM chips, which were expensive to produce back then, and the fact you were basically buying a full and proper arcade game for your home.

So, the concept of playing SNK’s eclectic range of Neo•Geo arcade games at the same price point of a PlayStation game was clearly going to be appealing to gamers – on paper at least. The hardware was still expensive, $399 / £399 (dearer than the PlayStation and Saturn), but now the games were priced at around £45 making Neo•Geo software on a par with the mainstream consoles of the day.

Contemporary writers have criticised SNK for releasing the Neo•Geo CD, and its price tag, in the same year as the Sega Saturn and Sony PlayStation, and despite the Neo•Geo’s impressive 2D handling ability, the hardware specs of SNK’s new console were no match for the new 32-Bit powerhouses.

Doubtless the intention never was to compete directly with either Sega or Sony’s new consoles, but to make the arcade experience of the Neo•Geo more accessible. Bearing in mind that many arcade games, especially beat’em-ups and shoot’em-ups, in the mid-late ‘90s were still using 2D graphics, the Neo•Geo was still well placed to serve. And besides, if you weren’t a fan of beat’em-ups why on earth were you buying a Neo•Geo home console anyway?!

Why the Neo•Geo CD hardware became such a ham-strung compromise may forever remain a mystery. The technology certainly was available at the time to make the data management on the console a whole lot more tolerable than what it became. Implementing this may have led to increased hardware costs, but the machine was too expensive anyway, and both Sega and Sony had long since realised that you do not make money on the hardware – you make it on the games.

The original MVS arcade hardware had been a huge international success for SNK, and by 1994 I am more than confident in saying that they had made their R&D costs back for developing the platform, and then some.

While I do not know how much the Neo•Geo CD cost to develop, in the grand scheme of things I would wager very little. The hardware is still Neo•Geo, but instead of ROM cartridge as the delivery medium for the games it became CD-ROM. A major mistake was fitting a single-speed CD drive to the unit, and the late 1995 release of the Neo•Geo CDZ did little to improve things. Some hardware improvements saw loading times speed up, but there was still no progress in improving the way the system handled in-game data delivery of the King of Fighters series or others with large meg counts.

So, are the loading times so appalling that the Neo•Geo CD isn’t worth bothering with?

No, far from it. Some of the earlier games load in one hit, making loading times moot, and many of the later games with relatively modest meg counts carry, fairly, unobtrusive loads between stages.

Sadly, some of the later releases are just not worth bothering with, as the loading times completely ruin the flow of the gameplay. These games are usually post ’96 releases with high meg counts. A good example would be Metal Slug 2, whereby there is at least one-mid-level load per stage (excluding the first stage). It’s a real shame too, as, from what I can see, it’s identical to the ROM cart versions, with the bonus of CD quality audio.

The King of Fighters ’95 through to ’99, inclusive, are almost unplayable as SNK intended. Each bout is broken up by loading the next character, and the loading on KoF ’99 is really excruciating due its huge meg count. Single play is just about tolerable, but King of Fighters is not supposed to be pure 1-on-1 fighting, it’s all about the team play!

Some late games are not as bad as you would perhaps think. Real Bout Fatal Fury 2: The Newcomers is more than playable on Neo•Geo CD, with relatively quick loads between stages, making it, arguably, one of the best brawlers for the CD system. 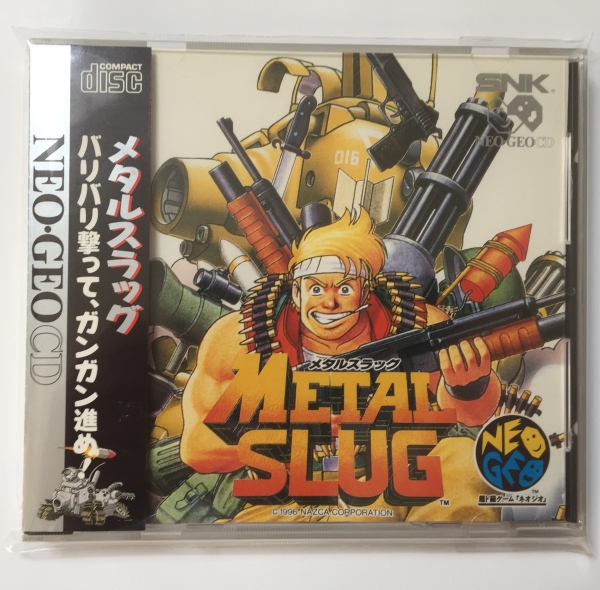 The original Metal Slug is eminently playable, largely, due to the fact the game is under 200 Megs. There are loads between stages, but you get a nice map showing your progress, there is no in-level loading, and there are other exclusive bonuses such as the Combat School.

Bonus material like this, is definitely one of the Neo•Geo CD’s strongest assets. Besides the CD quality soundtracks many of the games carry, there are a number that have features not found anywhere else.

Big Tournament Golf has a full extra course, many of the King of Fighters games have art and character galleries, Ninja Masters has extra game modes, Voltage Fighter Gowcaizer has a vocal soundtrack not found in the AES/MVS version; and there are the Neo•Geo CD exclusive games as well.

Neo Driftout: New Technology, Ironclad, Puzzle Bobble, Futsal, Zintrick, and Samurai Spirits RPG are just some of the titles that only officially appeared on the CD unit as published by SNK for Neo•Geo home hardware. Some were never officially released on MVS either! 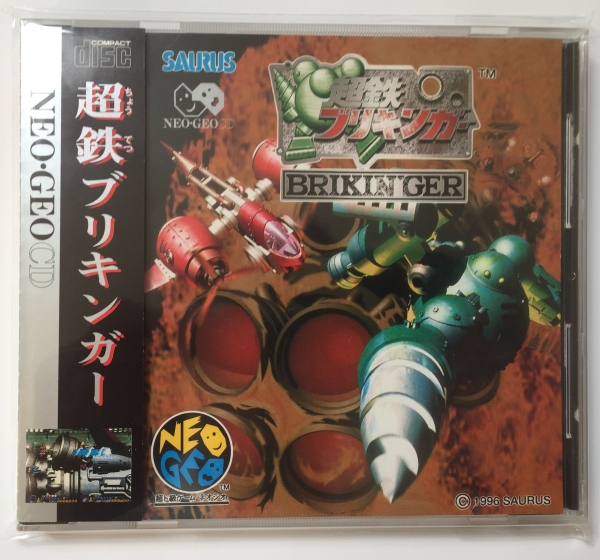 With a catalogue of just under 100 titles to choose from, there is plenty for the Neo•Geo enthusiast to play, and with the exorbitant prices of AES cartridges on the used market nowadays, the Neo•Geo CD may well be the better buy for the casual fan to get involved with – if you don’t wish to get into MVS gaming.

Nevertheless, be aware, that in recent years, games collectors have started to recognise the ‘shelf-warming’ potential of the Neo•Geo CD. The system’s lacklustre showing at retail in the 1990s resulted in many titles only receiving very small print runs, making some games very hard to track down, and in certain cases making the games expensive to buy as well.

If there’s any solid advice I can give, it’s to stay clear of the titles published in English for the US and European markets. Print runs for these titles were ridiculously low and to pick up some of the games, complete, if you can find them, will run serious coinage. Most Japanese titles can be bought for comfortably under $100.00 US, including some of the more sought after games if you have the patience, and look in the right places (i.e. not eBay). It’s certainly worth mentioning that all Neo•Geo CD software is region free, but remember: PAL hardware will only run the games at 50hz (letterboxed) no matter its region.

Hardware prices are modest – a loose Neo•Geo CD top loading model (the most common unit) can be picked up for under £150.00 with hook ups and a controller. Only the CDZ is still holding value, especially if it’s boxed, largely due to its short, Japanese market only, production run. Expect to pay north of £250.00 for a CDZ – and the loading isn’t that much quicker – honestly.

The Neo•Geo CD was one of many follies to be borne out of SNK during the 1990s; the Neo•Geo CDZ, Neo•Geo Hyper 64 and black-&-white Neo•Geo Pocket being the others. One cannot help but think that these hardware failures all contributed to weakening SNK financially, hastening its sale to Aruze, and thus the beginning of the end for the business in its original, and much loved, form.

The Neo•Geo CD could have been so much more, but remains another footnote of how SNK had the potential to really impress and entertain, but fumbled the opportunity by producing hardware that simply could not deliver the gameplay experience needed. Some observers have argued that CD technology for gaming was still in its infancy at the time, but I disagree. NEC had proven since 1988 that the CD-ROM format could deliver great games beyond ROM cartridge limitations; Sega’s Mega-CD (1991) had the potential (Final Fight CD / Sonic CD) to impress as well (it was just badly marketed and supported); and with Sony developing the PlayStation during the same period, its baffling to see SNK get the hardware delivery so wrong.

The Neo•Geo CD hardware was quietly abandoned in 1997, with the final official game being published in December 1999. Ironically the final game is one of the most unplayable on the system due to its high meg count and therefore ruinous loading – The King of Fighters ’99.

I’ve always had a soft-spot for the Neo•Geo CD, and it’s disappointing to hear some of the vitriol the system receives. SNK’s short sightedness with the hardware certainly is deserving of criticism, but the machine still has a place in any hard-core SNK fans heart, and is still worth checking out for those who don’t want to pay AES prices, and don’t want to suffer with emulation. I just hope that software prices do not begin to spiral too far out of most gamers reaches.

Please note that prices are based on UK perspective and do not including any shipping or import duty costs that may be applicable. Price estimates correct at time of publication.