The Neo•Geo CD officially launched on the 9 September 1994 as a limited run front-loading console priced at ¥49,800.

Today, this first edition of the Neo•Geo CD is commonly referred to as the “front-loader” by videogames enthusiasts, and just 25,000 of these units were made by SNK – which promptly sold-out.

It was only ever officially intended for the Japanese market and came bundled with two control pads, power supply and audio / video cables.

The console is a monster by any home-console standard, measuring 34cm wide x 28cm deep x 10cm high (by comparison the original Sony PlayStation is 27cm x 19cm x 5cm). The massive size is the cost of having the motorised CD-tray, which gave the unit a very premium feel for the time, but 25 years on, it just looks like a bit of a novelty.

From a technical stand point, other than the loading mechanism, this is identical to the “top loader“, with a single-speed CD drive and 56 Megabits of D-RAM.

The console has two controller ports and came packed with two of the (then) all new control pads (often referred to as the “CD control pad“). The ports are identical to the AES cartridge machine, so it is compatible with the original AES joystick and mahjong controller.

As with all variants of the Neo•Geo CD, the unit carries no region lock, but, if there is no in-game language option, all text will default to Japanese regardless of whether the game came in US / European or Japanese packaging.

Due to it’s limited production run, the “front-loader” was quickly superceded by the “top-loader” console, which then became the defacto design for all regions until the launch of the CDZ in late 1995. 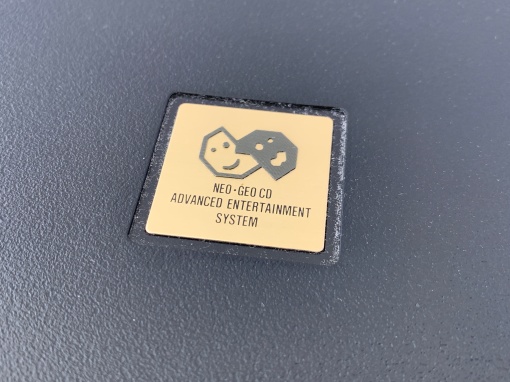